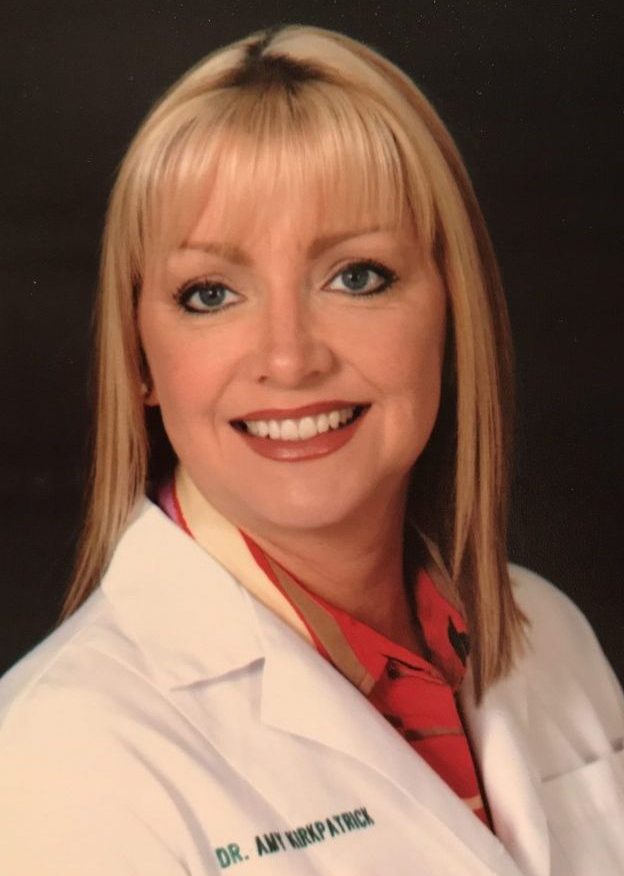 Dr. Kirkpatrick earned her Doctor of Optometry degree from University of Houston; College of Optometry in 1997.She was president of the Student Texas Optometric Society and a member of Beta Sigma Kapa Optometric Honor Society.

Dr. Kirkpatrick started her optometry career at Beacon Eye Institute Laser Vision Correction Center in Austin, Texas.  She then transferred to Houston to work in a pre and post-surgical mode of practice at the world renowned Mann Berkeley Eye Institute. She then moved to Victoria, Texas to establish a pre and post-operative laser vision correction program and protocol for the Victoria Eye Center, practicing there for eight years.

Family is important to our doctors, and Dr. Kirkpatrick is no exception. She retired early and stayed home raising her two twin boys, Ethan and Ryan, while managing her non-profit organization, Future Sight, that she started in 2006. (Future sight is a DBA under Blueprint for Sight)

You can’t keep a doctor down for long. J Dr. Kirkpatrick began practicing again in 2008 at Victoria Family Eyecare for eight years mainly concentrating on infants and pediatrics. She now has multiple hats managing Future Sight, while doing post-op care at Victoria Eye Center, practicing optometry here in our office with Dr. Tupa, and doing relief work as needed to other doctor’s in Victoria and surrounding areas.